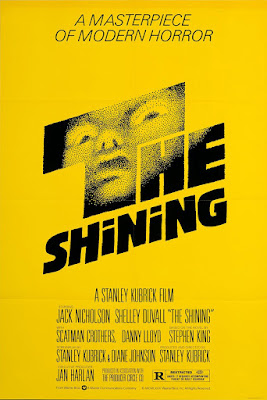 Stanley Kubrick's 'The Shining' (1980) is a horror film with themes of madness and isolation. It follows the story of the Torrance family as they travel to the Overlook Hotel, when Jack takes a position as winter caretaker. Jack, Wendy, and their son Danny are to spend the winter alone, as the hotel becomes inaccessible in the colder months. Fig. 2 shows the family on their way to the hotel, there is tension in the scene and the characters all seem annoyed with one another. Roger Ebert comments that 'There is no sense that the three function together as a loving family' (Ebert, 2006) and this produces a quiet tension right from the start of the film, as the audience wonders how the family will cope with their isolation. 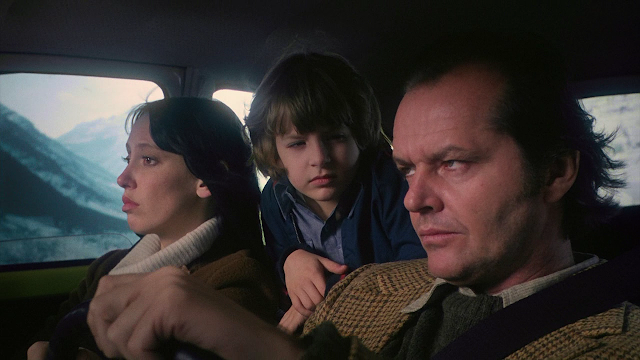 The family have a literal physical isolation to contend with, which could be difficult enough, but the nature of the place they find themselves in adds to their difficulties. The set is made up of large spaces, high ceilings and a repetitive and confusing layout. Ryan Lambie comments that 'The set generates tension not through claustrophobia and dark spaces, but with high ceilings and lonely expanses' (Lambie, 2016). The characters are lost in this space and, rather than creating an open feeling, the high ceilings seem to sit heavily above them, showing them to be small and alone. Fig. 3 shows Jack sat in the lounge, completely dwarfed by the size of the room; big chairs, tables, and light fixtures add to this effect. Kubrick’s heavy use of one point perspective also helps to create this feeling, as long hallways seem to press in on all sides. 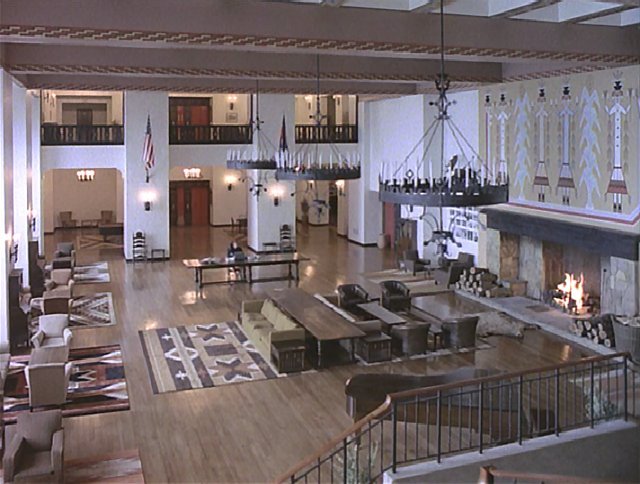 Fig. 3 Jack in the lounge

Kubrick’s use of the recently invented Steadicam allowed for smooth and sweeping shots and Eric Henderson of Slant Magazine describes the cinematography as 'gliding, prowling' (Henderson, 2007). This is particularly effective in a scene with the camera closely following Danny as he explores the long hallways on his trike; there is a sense of being followed, and the smoothness of the movement lends to a supernatural feeling. Lambie describes the interior of the hotel as feeling ‘palpably evil' (Lambie, 2016). The audience gets to see the scene from Danny’s point of view and he is positioned very low to the ground, even for a child, making the ceilings seem incredibly far away, as though he has found himself in another world. When Danny encounters two other children, his lowered perspective makes them seem strangely tall and out of place (as seen in Fig. 4). Even if the hotel wasn’t supposed to be empty and the audience had not already learned of two children murdered there a previous winter, they would likely seem like they did not belong there. 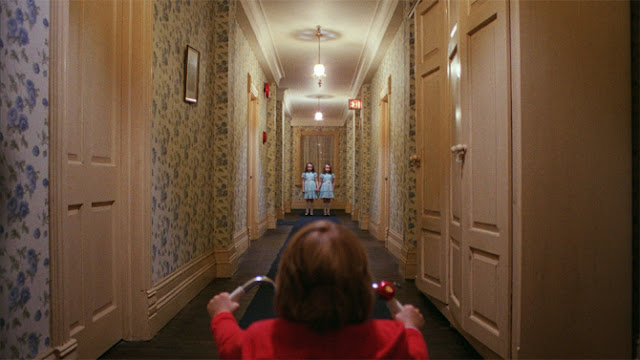 Fig. 4 Danny on his trike

Confusion and a lack of explanation are important elements in the building terror of the film. There are many plot elements that build mystery into the film, such as unanswered questions about the mental or supernatural nature of the strange goings on at the hotel, but the set also works to create a sense of uncertainty. The hotel is never fully explored, and the long corridors, described by Tim Robey as ‘hypnotically patterned’ (Robey 2012), could hide any number of horrors, real or imagined. Patterns can also be found on the carpets and they work to distort how the space is perceived by the audience. Sound is another tool used to create unease and uncertainty. Kubrick uses the work of several composers to create a score described by Janet Maslin as ‘stunningly effective’ (Maslin, 1980). Loud music and strange sounds build tension, only for nothing to happen, disquieting the audience and making it more frightening when something does happen, even if that something is only text appearing on screen.

Robey, T (2012) Still shining darkly after all these years. At: http://www.telegraph.co.uk/culture/film/classic-movies/9637505/Still-shining-darkly-after-all-these-years.html (accessed 12.01.17)