Roman Polanski's 'Repulsion' (1965) is a British horror film, following a young woman, Carol, as her mental state begins to deteriorate after she is left alone by her sister. It is described by Peter Bradshaw, of The Guardian, as a 'deeply disturbing, horribly convincing psychological thriller’ (Bradshaw, 2013). Carol avoids the gaze and touch of men, she is likely in regular physical contact with women due to her job at a beauty salon, but this would be in a professional and clinical. Carol is physically and emotionally isolated, she seems on edge from the start of the film and when left alone her anxiety warps and develops into psychosis as she acts strangely, experiences hallucinations, and becomes violent. The set design and camera work are very good at creating tension, and a feeling of trepidation. Carol kills two men during the film, her would be boyfriend Colin, who seems concerned about her, and her Landlord who genuinely attempts to take advantage of her illness and her underdressed state. Sex and relationships seem to be of great importance to her family and friends, she feels that this is the same for every person she encounters and it is something she cannot relate to. She is isolated from the start, even before her sister leaves. 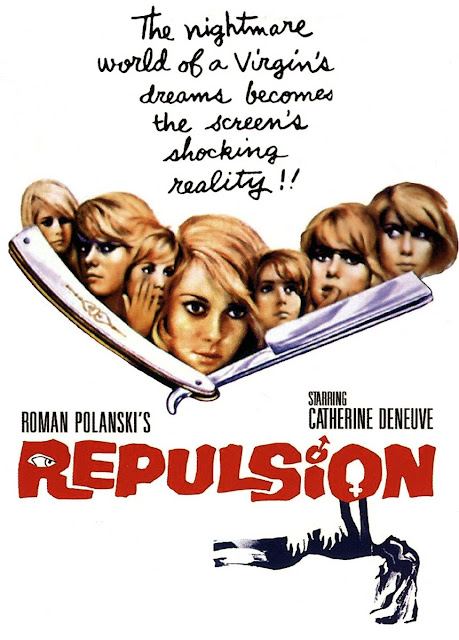 Perhaps one of the most disturbing elements of the film is seeing the events of the film from the point of view of a murderer, rather than a victim, or intended victim. Carol slowly loses herself to her fear of men and her disgust around sex, her isolation exacerbating the situation. Kim Newman, writing for Empire Online, notes that ‘Rather than making a mad person scary, the film terrifies by giving an audience a sense of what it’s like to lose sanity' (Newman, 2015). There are several scenes in the film where the camera follows Carol, particularly as she travels to and from work. Carol is uneasy when she encounters men who desire her (such as the workers shown in Fig. 2) and Polanski uses the camera to invite the audience to experience that unease for themselves. 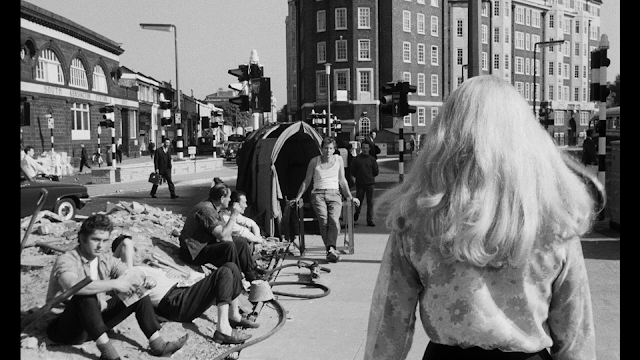 Fig. 2 Carol and the workers

Carol begins to hallucinate and her world warps into something truly unpleasant. Bradshaw writes that 'The nightmare she creates for herself is one of the most disturbing things I have ever seen in the cinema' (Bradshaw, 2013). The apartment changes over the duration of the film, almost as though its layout is different each time we see it. Sometimes the changes are quite subtle, but by the end of the film, it is unrecognisable. Carol sees the rooms as massive, and she wanders about, lost. Polanski shows Carol’s isolation visually and is explicit in showing the audience the disturbing state of her mind. Bosley Crowther, writing around the time of the film’s release, comments that the 'Distortions in the rooms of the apartment tacitly reveal her mental state' (Crowther, 1965). There are some far more obvious moments in the film where the apartments changes around her, with cracks appearing in the walls (as shown in Fig. 3), the walls becoming soft and fleshy, and finally, hands bursting through this fleshy layer to grab at her. The hands (as shown in Fig. 4), grab at Carol and, with her own mind attacking her, her deepest fears of intimacy seem to become reality. 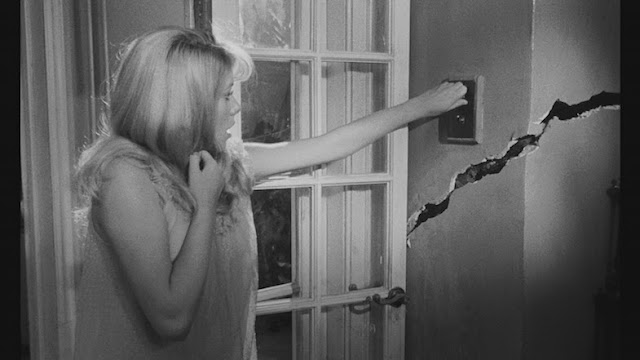 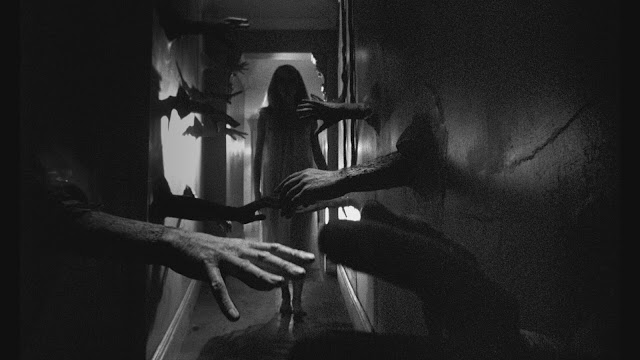 The musical score of the film is excellent in showing Polanski’s vision of terror; Crowther writes that ‘with sound, too, Mr. Polanski weaves a fabric of tremendous effects.’ (Crowther, 1965). Carol is terrified of men and disgusted by sex, but she hallucinates a rapist, attacking her at night several times. During these scenes, her screams are seen but not heard (Fig. 5), and the violently tense music present in the much of the film is gone, replaced by a ticking clock. She resigns herself to this invasion of her mind and body in the end, applying lipstick to ready herself for her attacker, perhaps planning to try and enjoy it, and to see what the big deal is about sex. The viewer does get to hear her initial scream during this final assault, as she realises that no, she will not enjoy this. 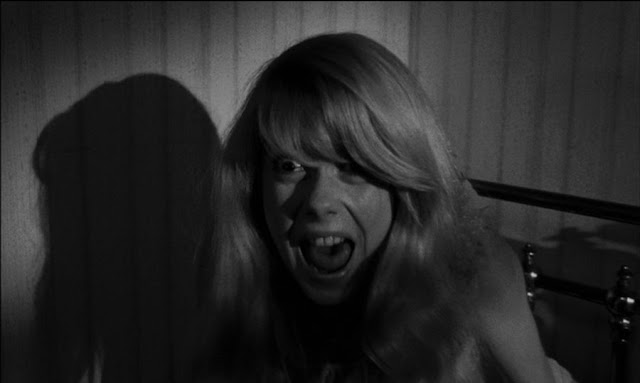 Polanski shows time passing with not just in these moments with the ticking clock, but through the development of potatoes left out, and the rotting of a rabbit carcass. The rabbit becomes a symbol of Carol’s worsening mental state, as she seems unconcerned by the disgusting state of it as it rots. At one point, in a shocking moment, the viewer discovers that she has brought the head of this rotting corpse with her to work in her handbag. Polanski uses all the tools available to him to unsettle the audience. Crowther is blunt, but accurate, in writing; 'Prepare yourself to be demolished when you go to see it' (Crowther, 1965).