For this class we worked in groups to design characters and environments for a game reboot. I worked on the ship exterior, a logo for the Galactic Aviation Force, and a character named Ariana and her energy blade. The ship was described as having an Art Deco design, so I looked into this and found that geometric designs, curved shapes and fans came up a lot. I incorporated this into my designs for the ship and the logo of the force that built the ship. 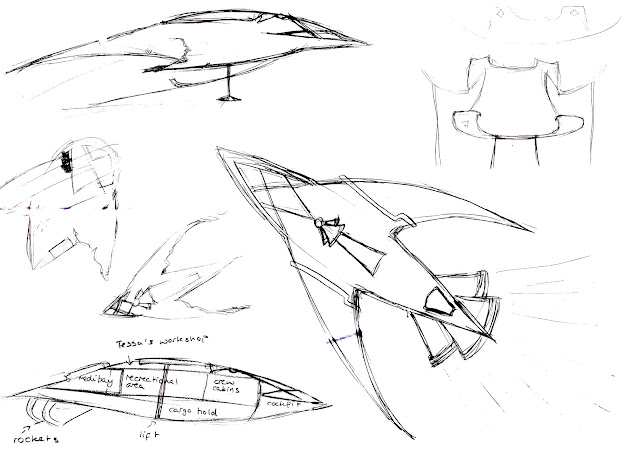 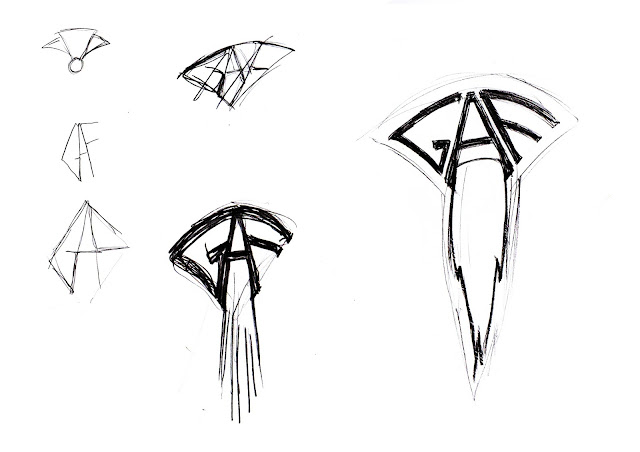 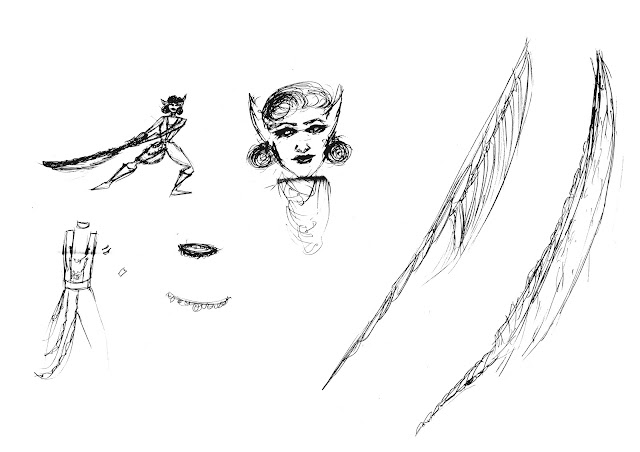