This is part of my second scene. I blocked out the body animation before adding the fire. This helped me to see see where best to put the flames.

I have used planes with blendshapes to make each flame. I wanted to be able to stick these flames to parts of my character, and have them distort to point upwards when my character moves.

I did some tests with a cube, using lattice deformers with a cluster aim constrained to a locator above the scene. It took me a few tries to get the right set up of constraints and settings on the various parts of this, but I was able to get it working on individual flames and groups of flames. 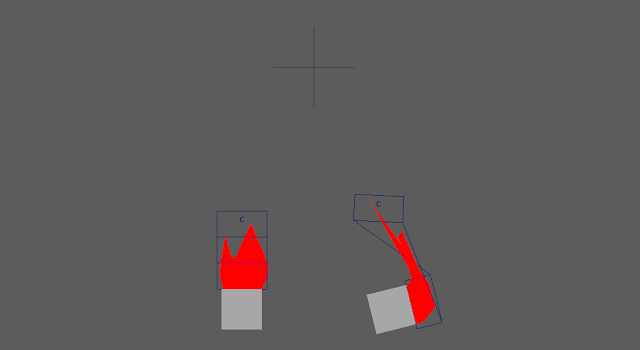 I made a set of shapes to animate to create a flickering for the flame and added the deformers to the set up.

I parented each flame to a locator and used parent constraints to attach the locators to the characters joints. I used the scale of the locators to make the flames appear and disappear. 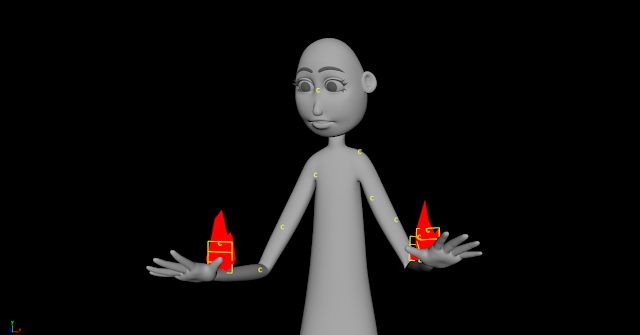 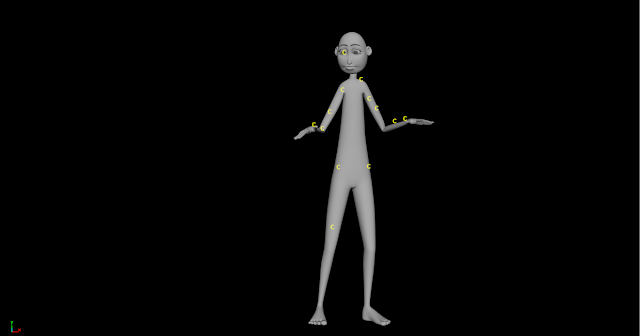 I used an aim constraint on each cluster to point it to another locator, which I was able to keep above the scene, and animate as needed. 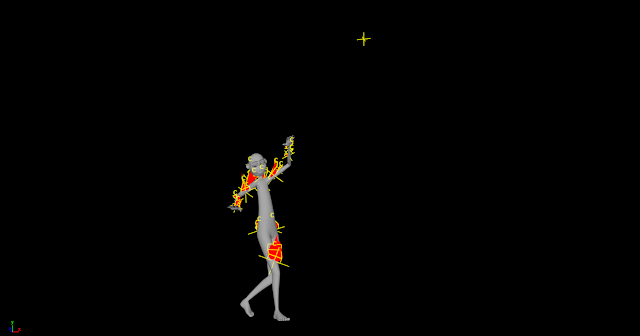 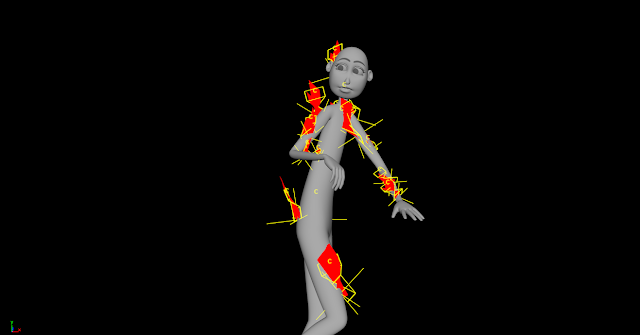 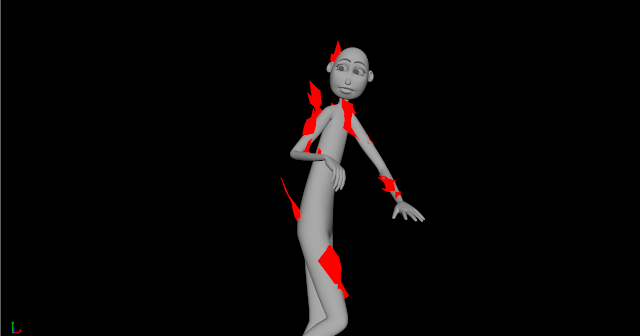 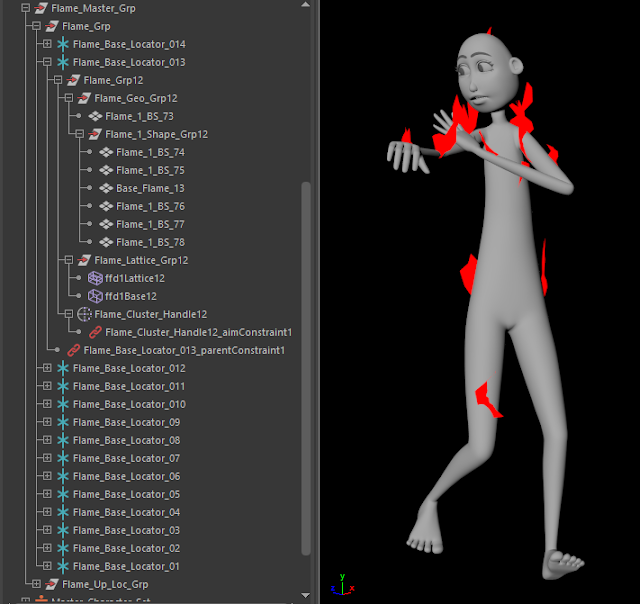 This is the result.

I may try something else to keep the flames facing the camera, but this is pretty close to what I want.

Labels: Animation, Major Project, Maya, None of This, Third Year