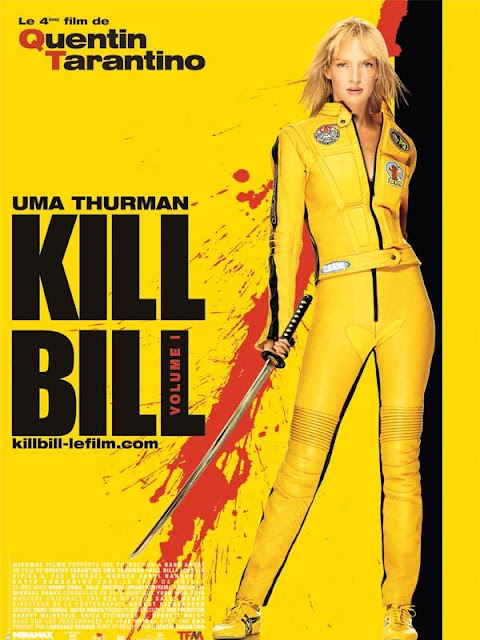 The anime sequence partway through the film is very different from the rest of the film and Tarantino includes it confidently; he is not making bad decisions, he is intentionally breaking from traditional film making practices. Tarantino intentionally draws the viewers attention to the fact that they are watching a film, and increasingly so as the film goes on.
Non-Linear Narrative - the film is broken up into sections and they are not in chronological order. The viewer sees The Bride cross the second person off her death list before we see her write this list, and she writes the list after she crosses the first person off. There are also points in the film where we move more quickly back and forth in time than in others.
There is pastiche of film and music Genres. Tarantino combines different film genres and also plays music that wouldn't traditionally be combined with certain settings. Such as Spanish  and surfer music played over an action scene set in Tokyo that is influenced by Asian action films.