Premise: More writing and some sketches 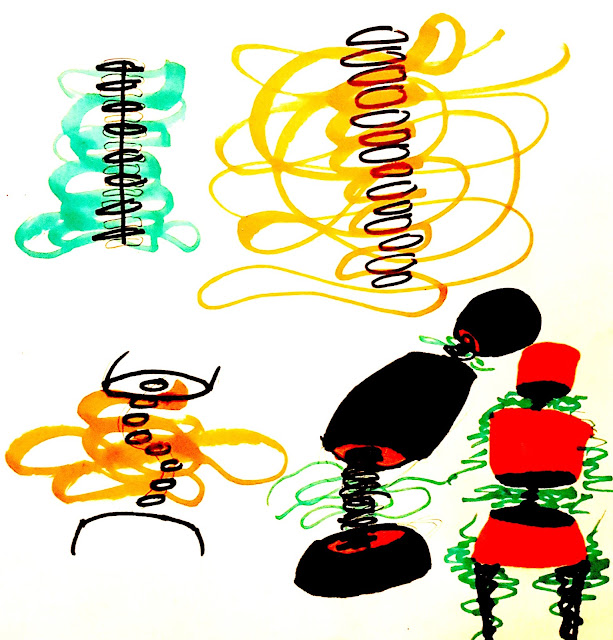 I am just rewriting and adding to what I have already done.

For this project I want to explore the way that physical pain affects my actions and mental state and how I have learned to cope with it. I will use a character who is perhaps based on me and for this pitch I will use the first person to describe what I hope to show.

I want to represent parts of my body as separate from me, the parts of my body that are most painful, such as my back and knees. I tend to treat my body as a separate entity with its own opinions about how I live my life; this way of thinking helps me to deal with being in pain all the time.

In order to explain my pain I often say things like ‘my back is angry with me’. It often feels like I am having a constant conversation with different parts of my body. My back will tell me to stand up and move around, while my knees will be telling me to do no such thing. It is like a constant and annoying soundscape. I have had to learn to listen to it but to not always let it dictate what I do. My knees may have an opinion about me dancing around but I’m still going to do it because they don’t make my decisions for me. Sometimes the noise is too loud and I do have to change my behaviour to make it quieter, sometimes it becomes unbearable. It is difficult because no one else can see the disconnect between me and my body and no one else can hear it whispering or shouting at me all the time.

I don’t want to make something that is very dark; I want to include the difficult parts of this experience but focus on the ways I have learnt to deal with it and make my life the life I want to have.

Moments I have in mind to show this is me getting out of bed. My feet are lazy, they don’t wake up right away and sometimes it is like every part of my body is attached to the bed my ropes or are gripping on to the bed and I have to fight against this. I have fallen over a few times and have had arguments in my head and out loud with my body over this.

Standing around, at a bus stop, at the train station, during a fire alarm is one of the situations that I have to deal with my body more than others. My back will be asking me to move and my knees will be asking me to sit the hell down. I have to explain to the part of my brain that is trying to listen to them that I can’t do both and they really I don’t want to do either so I need to get over it.

Dancing is another thing. I love to dance, I doubt I’m any good, though I used to go to dance classes when I was younger, I don’t really do it in front of other people. My body sometimes gets very frustrated with me and my dancing, because it’s sort of like I just throw myself all over the place and it’s a time when I really drown out my body and do my own thing.

The drawings I have in this post are exploring my ideas, with a particular focus on the idea of something wrapped around my joints. 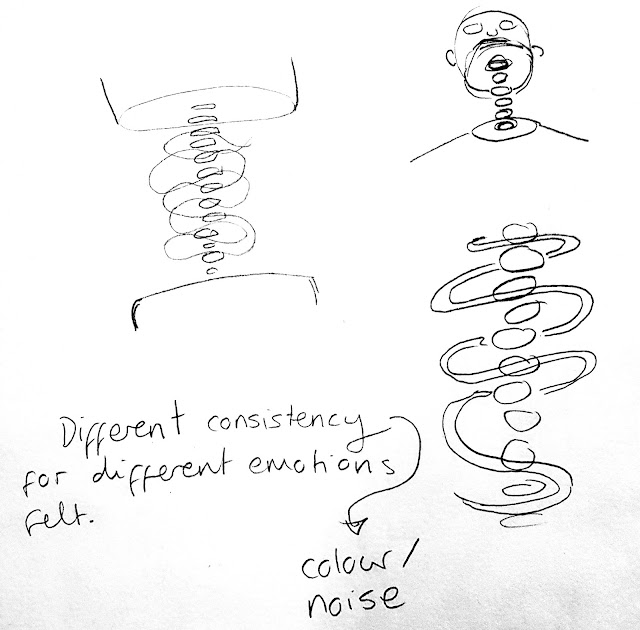 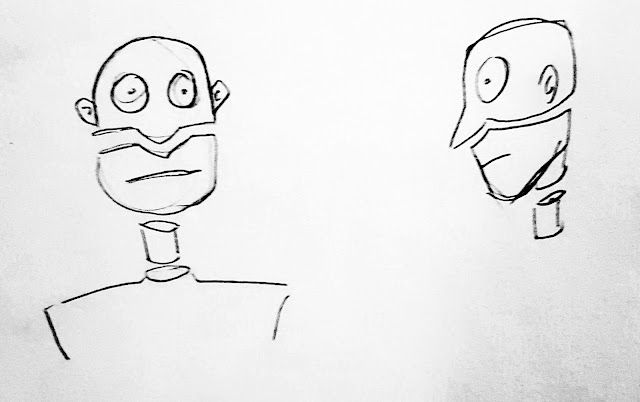