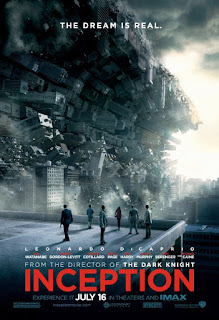 Non-linear - vertically non-linear, we move through different layers of dreams.

Unreliable Narrator - big characteristic of postmodern culture/products, Cobb cannot tell reality from the dream and therefore the audience cannot be sure if they are in reality or not.

Ambiguity - The inability to know what we know, we don't know for sure if Cobb is still in the dream or not at the end of the film.

Hyperreality - The dream worlds are hyperreality. The film confronts different perceptions of reality and what is 'truly' real. For example there are people who choose to spend their lives dreaming, they prefer to live in this way and for them the dream is their reality.

Simulacrum - The Dreamworld and the projection version of Mal are simulations - imitations of the real thing. 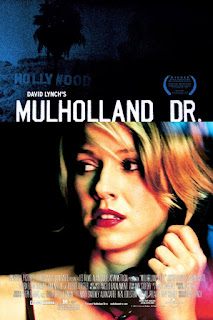 Non-Linear Narrative - Things happen in strange orders and it is impossible to find a timeline.

Pastiche - Film-noir detective, Hollywood Success - pushes beyond formulas of Hollywood. Refuses to be the expected film.

Fragmented - reality is played with, there are stories within stories. Things that seem at first to have happened after something are in fact the cause.

Petit-narratives - there are a selection of interweaving storylines without a grand narrative. 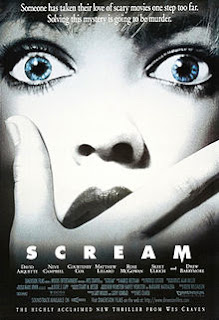 Parody - This film is a parody of horror films, specifically the slasher genre.

Reflexive - It comments on and mocks the slasher genre, acknowledging that audiences have seen the same formula repeated many times.

Intertextuality - References other films in the genre such as 'Friday the 13th' (1980).

Deconstructs the audiences expectations of the genre and subverts tropes

Appropriation - Takes the Munch painting 'The Scream' and uses it as a rubber Halloween mask, mixing high and low culture.
Posted by Ellie Row at 5:41 pm